Failure is a peculiar thing. Chances are you’ve encountered articles and other media telling you to embrace it as a learning experience. Yet we’re also terrified of failure for the repercussions it may bring, whether it’s getting fired from a job, being considered a bad parent, losing a relationship, and so on.

Well today, I’m going to talk about one of my failures, and how it ultimately helped me get to where I am now.

Let me explain. I applied to William and Mary and a few other schools in 2017, but that was not my first attempt at getting into a PhD program. That happened two years earlier, in the fall of 2015. I had several reasons for applying, but the main reason was that I was unhappy in my job. The Roswell Museum had been going through a rough administrative transition since my arrival in 2013, and after two years I didn’t want to be in the thick of it anymore.

I meticulously prepared for the application. I studied for the GRE for three months, usually in the evenings after work. I dedicated even more time to working on my statement of purpose and preparing a writing sample. I eventually applied to six programs, figuring at least one of them would accept me, if not more. My close friends and family were confident that I would get in, and so was I.

Imagine my surprise then, when I only got into one program. That was fine, until they offered me no funding. With no money on the table, I reluctantly turned the offer down because I knew it wasn’t worth it. The plan that I had carefully plotted out over the previous year had suddenly disintegrated.

In retrospect, it’s pretty obvious why I didn’t get in (or more accurately, an offer with money). My writing sample wasn’t great, I didn’t have a clear focus in terms of research, and I was pretty distracted with everything going on at the museum. At the time though, it was a blow to my ego, and the prospect of staying in Roswell for another year or two felt pretty overwhelming. 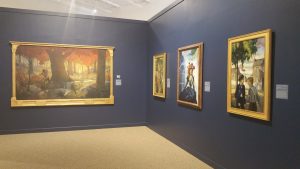 I got through it though. With no school or job prospects on the horizon, I realized I had to make the most of my situation. I volunteered for the director search committee and helped find a leader who has stabilized the museum and enabled it to thrive. A major co-curated retrospective for 2018, Magical and Real: Henriette Wyeth and Peter Hurd, became the focal point of my curatorial work, and remains one of my proudest accomplishments. On the financial side of things, I targeted my student loans and paid them off three years ahead of schedule.

In my personal life, I started talking to one of the museum’s new security guards, Brandon. Those conversations turned into a relationship, and nearly three years later, we’re still together.

I also started perusing the museum’s WPA archive, and discovered a whole new topic that captivated my imagination. Not only that, this was the archive that helped me figure out what I wanted to focus on in the future. When I applied to graduate schools in 2017 then, the outcome was very different. I had learned from my mistakes, and submitted a much more focused application. 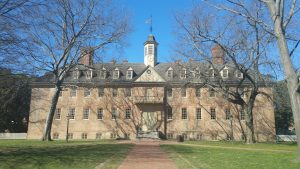 I rebounded from my failure, but to do that I needed to recognize it as a learning opportunity. Not everything we touch will turn to gold, but that doesn’t mean we can’t reap something worthwhile from it. I didn’t get into graduate school in 2016. And if I had? I wouldn’t have finished my work on Magical and Real. I wouldn’t have gone through the museum’s WPA archive. I wouldn’t have met Brandon.

I failed, and it hurt. But my life is all the richer for it.